The Origin of African Xylophones from Indonesia?

Contemplating the Origin of African Xylophones

While the xylophone is the most prominent instrument among the Chopi, they also use drums (Ncinga and Ngoma cikulu), idiophones, chordophones (such as the chizambi musical bow), and aerophones (ocarinas). The historical distribution of xylophones in Africa is not very well understood, partially because of the tentative and conflicting evidence for its cultural and geographic origins. Xylophones in Africa are most abundantly found in West Africa above 15 degrees N latitude, and Eastern and Southern Africa between 5 and 12 degrees S latitude, though they are also very common in Central Africa. While the origins of xylophones in Africa remain unknown, some theorists have argued that they are indigenous to the continent (Ankermann), while others have proposed that they were brought over from Indonesia (Kunst and Hornbostel).

It has been suggested that Portuguese trade ships may have transported the concept of xylophones from Indonesia, however an account from an early Arabic traveler identifies xylophones in Niger in 1352 A.D., predating the arrival of the Portuguese by at least 300 years (Jones 1964:148). Historians speculate that Indonesians settled in Mozambique around 500 ce, based upon evidence of their settlement in other large river valleys in Africa (Mozambique 2004). This makes a very strong case for the potential influence of Indonesian musical practices and instrumental resources in Mozambique. A.M. Jones is one theorist who has written extensively on this connection, and has argued that several common musical characteristics demonstrate this cultural relationship, including the equiheptatonic tuning of the Chopi timbila (1964). As mentioned earlier, the size of Chopi xylophone ensembles is unique amongst African xylophone traditions, which represents another possible connection to Indonesia, along with the highly orchestrated Ngodo dance dramas similar to Gamelan shadow puppet dramas. It is however, important to distinguish between influences and origins, as the latter is extremely difficult to pin down and can become overshadowed by accounts of the former. Thus while xylophone practices in southern and eastern Africa have almost certainly been influenced by Indonesian travelers and settlers, they may have originated on the continent, and have undoubtedly been developed according to a deeply African musical sensibility.

The lamellophone is another instrument that is widely dispersed throughout southern, central, and eastern Africa, and has been linked to the development of xylophones in several different studies. Gerhard Kubik, in an examination of the origins of the lamellophone, finds that among several peoples in central, eastern, and southern Africa, the word stems for lamellophones and xylophones are the same (1999:24). He takes this line of inquiry further, suggesting that the similarity of terms demonstrates local associations between instruments, and that xylophones and lamellophones in fact developed in conjunction with each other (Kubik 1999:25). Thus the lamellophone is not an evolution of the xylophone or vice versa, but rather the lamellophone emerged in various areas of Africa through trade and invention, and was consequently developed through many of the same musical concepts used on xylophones. A similar connection was drawn by A.M. Jones earlier (though with less extensive evidence) when he argued that lamellophones originated from xylophones in the southeastern region of Africa, citing similarities in tuning systems, as well as linguistic commonalities in the terms used to describe them (Jones 1964:34). Hugh Tracey has brought this line of thinking to bear on the music of the Chopi, arguing that the Chopi timbila have an identical tuning to the nijari lamellophone of the Karanga people of Southern Rhodesia, who lived with the Chopi approximately 500 years ago (Tracey 1948:123). 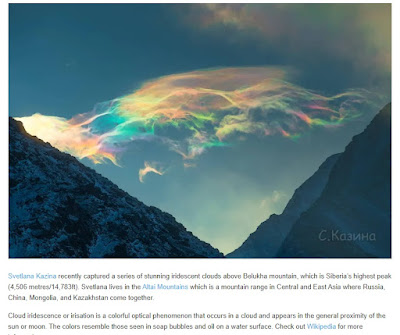